Gold Coast Airport at Coolangatta is Australia’s fastest growing airport and is the 5th busiest international airport in Australia. Previously named “Coolangatta Airport” this is an Aboriginal word meaning “Place of Good View”.

Since it commenced flights in 1936, over the past 65 years Gold Coast Airport has undergone a major transformation from being an emergency landing strip to an International Airport with over 5 million passengers travelling to and from airports across Australia, New Zealand, Asia and beyond.

The site of old Coolangatta Airport was selected as an emergency landing ground for aircraft flying between Sydney and Brisbane on the airmail services. In 1939 the first regular passenger services commenced and by 1939 the airport consisted of three grass strips to handle the Regular Public Transport (RPT).

In the early 1950′s the construction of the northern part of the original terminal was completed and annual passenger movements was approaching 12,000. By 1958 the runway and taxiways were sealed along with the access road and carpark and a light aircraft apron was provided.

In 1980 construction of the existing terminal complex began. The building was opened by the Deputy Prime Minister, the Rt Hon. Douglas Anthony and officially named the Eric Robinson Building. By 1981 passenger movements were 656,595 per year.

Throughout this time, the Commonwealth Government owned and operated the airport. On the 1st January 1988 ownership was taken over by The Federal Airport’s Corporation, a Government business enterprise. Government policy changes saw the airport privatized on 29 May 1998 with Queensland Airports Limited (QAL) being the successful tenderer and taking the role of Airport Leasing Company. In 1999, QAL changed the company name to Gold Coast Airport Pty Ltd (GCAPL).

Since then, Gold Coast Airport has continued to provide the Gold Coast and Northern New South Wales with an exceptional level of customer service while recognising the key role it plays in tourism and other business activities within this exciting holiday destination.

Gold Coast Airport is currently experiencing a new era of growth in both domestic and international airline services, with passengers and businesses alike taking advantage of its unique location, services and facilities. 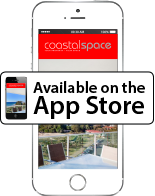